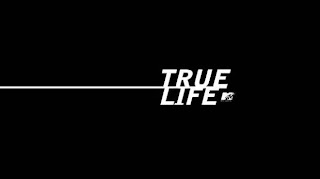 Great post. I've ended up with too little brain-power to write about this tonight, so that will have to happen later. But I pretty much agree with you that it was basically a draw. Do think it turned out better than I personally expected. Very much hope that brave trio finds the DOC!

Thanks for the review, Cara!

AS far as the pregnant girl, I was thinking gestational But they were found at the same time. Hate hearing about misdiagnosis!

Could have been worse is true. Sounds better than most shows.

Thanks for the review, Cara!!

I didn't get a chance to watch it but I was very curious, thanks for posting about the show.

You make some great points in reference to both the episode and real life.

Thanks for your honest review, I suppose a C+ isn't as bad as the F's most TV programming gets on diabetes coverage. Maybe someday (time permitting) I can watch some of it!

My heart hurt so much for Jen, finding out that she'd been misdiagnosed all along. So thankful her baby was okay!

Thanks for the recap, Cara. :)

Thanks for the post Cara. I tuned in late, but caught most of the show. I agree with your thoughts about it.

Great post and I agree! I wanted to jump inside the tv screen and totally protect them!

I didnt see the show, but this is a good post. It saddens me, however, that diabetes is an expensive condition in the USA. Luckily, here in the UK, my healthcare is free, and it is very, very good. With regards to the diabetes and pregnancy situation, gestational diabetes is extremely common, and the problem is that poor control during the pregnancy can lead to large babies, premature birth and stillbirth. It does happen. Also, if there is not a vastly increased intake of folic acid during the first three months, babies of diabetic mothers are more likely to have conditions like spinabifida.
I am glad though, that MTV are dragging diabetes into the light. Its a misunderstood condition of which most people are completely ignorant, and it still kills people, but living with it doesnt need to be hell.

It's TV, they HAVE TO make it bigger and better... or in this case, worse and more depressing. Is's it high time we (audience) realize nothing we see on TV is real, nor it will ever be? I guess the only exception are those National Geographic documentaries about wild life =P

The 400 blood glucose occurred after the drinking? Studies now have found that glucose levels tend to drop after drinking! As a T1, I definitely feel like they should have had him check more and that they should have been careful on how they represent the effects of drinking on diabetes....so many people do not realize that there actually is a tendency to drop!

For the non-PWD crowd, I can say I got an education on how hard it is for young folks to balance life with diabetes. The additional eye-opnbers regarding misdiagnosis and the gaps in our healthcare system regarding coverage of chronic diseases was brought to life powerfully. I particularly found Kristin's story to be heartfelt. Her hard work and persistance were tremendous in light of the staggering debt and health issues she was facing. Now, we need an ongoing in-the-trenches series on life with diabetes.

I've been meaning to watch this, and now I don't have to, thanks to the great review!