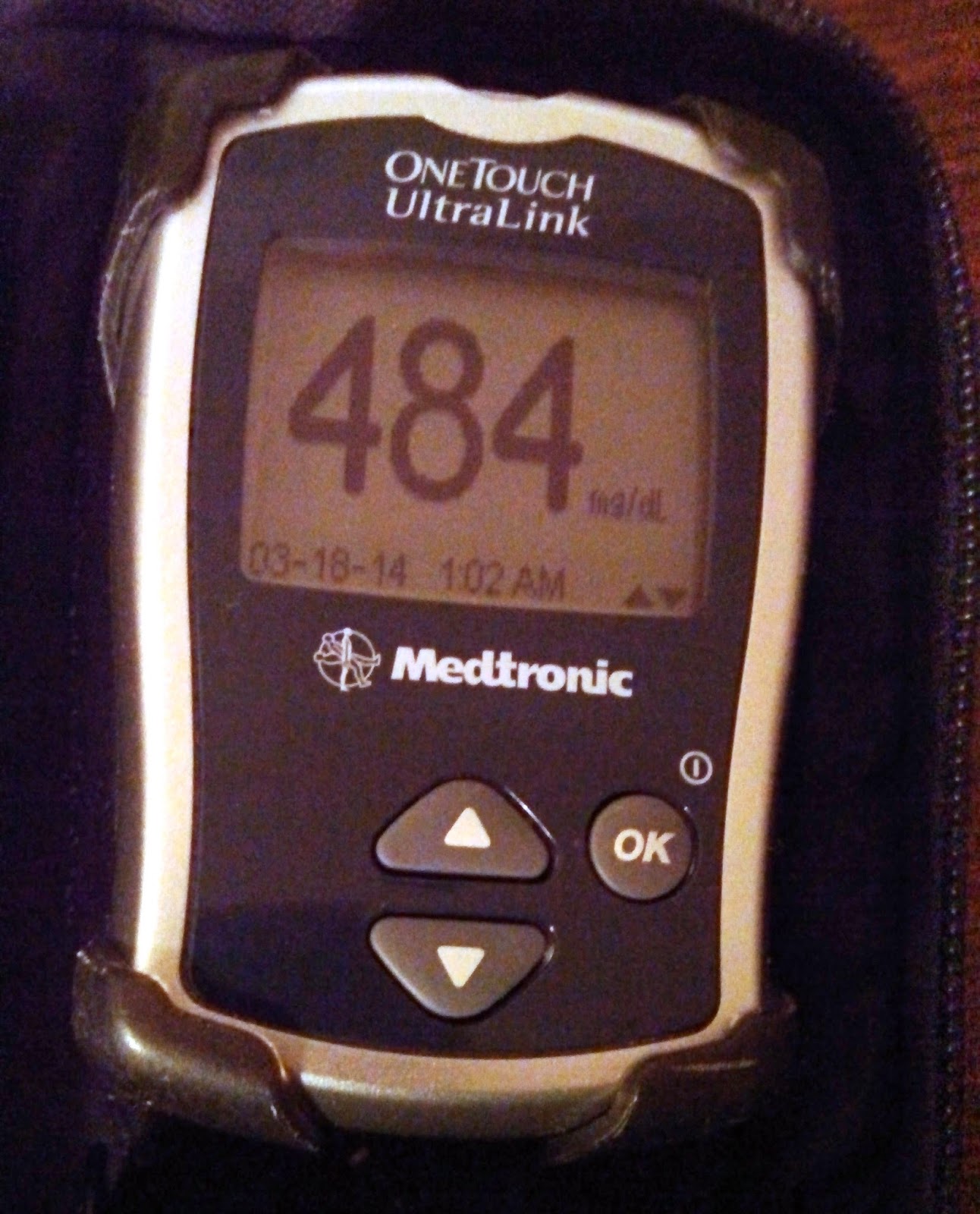 (Totally related note: Anyone who says diabetes affects only your blood sugar, hasn’t dealt with the mental effects of living with a chronic illness.)
Posted by Cara at 8:02 PM

Sending you a huge hug through the computer!
Xoxo

It so does! The worry, and the mental exhaustion on top of normal sickness and D sucks!!

Sorry you were sick. Blame the diabetes, not yourself. I know, it's a cliche... but in this case, it's true.

Thank you for that post! I've been type one for 16 years now. I don't pump but I use pens and frequent testing (10X daily). I've ended up in the ER only twice, both for misdoses involving the same kind of roller-coaster you described. It sucks, yes. But I'm thankful that I haven't any side effects whatever. Because of my age, now 76), my doc wants me to keep my A1C higher than 6.1. I don't agree that this is a good idea, although I understand his rationale, because I'm healthy otherwise and expect to live another 10 years, at least. I hate the way diabetes has ruled my life. I so wish I didn't have it. But there you are. Sigh.