Having My Fears Calmed: The Eye Appointment 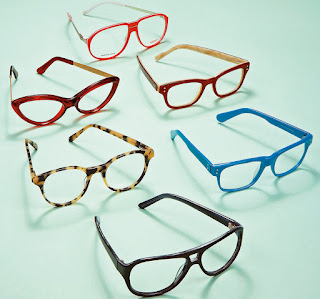 This post is actually way, way overdue. Back a couple of years ago there was bleeding found in both of my eyes. The thing that every person with diabetes dreads hearing. I was determined to get a second opinion for a couple of reasons. The biggest one was that I'm paranoid. Bleeding in my eyes is something that I have dreaded for years. When they found it, I wanted to be sure that everything was really as okay as my eye doctor said it was. The fact that he was an optomitrist and not an opthamologist was also an issue with me.

But, I put off seeing an opthamologist for a year. Mostly because I was scared about what he would say. But I did it, and the opthamologist set my mind at ease about how my eyes were progressing (they weren't getting worse) and about what the future might hold (the bleeding could stay exactly the same for years before any more progression shows up). And then he told me that it would be find to continue to see an optomitrist once a year unless I noticed a change in my vision.

Back about a month ago was my yearly eye appointment and I went back to the optomitrist this time. The thing about my optomitrist, who I'll call Dr. Y for "young", is that I went to school with him. He is younger than me. He was always a nice person, from what I remember, but I had some mental issues to deal with in regards to trusting him. It's wrong of me. It makes me an ageist, I suppose. But it is what it is.

This most recent visit really put my mind at ease when dealing with Dr. Y. Dr. Y put my mind at ease. I talked to him about going to see the opthamologist (who is with the same practice, in a different town). I talked with him about my diabetes control (and lack of in college). We talked about the specific areas of bleeding in my eyes.

And then he took pictures of the back of my eyes. When he was done, he didn't put them in my file and send me on my way. He sat down with me, showed me exactly where the areas were. How they related to my vision. Which areas were of the most concern and why.

I'm not sure if he realized it, but by taking the time to SHOW me what he was looking at and explaining it to me, Dr. Y won me over and put my mind at ease all at once. If more doctors (regardless of age) took the time to talk with their patients the way Dr. Y did with me, we'd have a better health care system all the way around.

The final score: my eyes haven't changed in the past couple of years. The bleeding is there, but doesn't appear to be changing. Yearly visits are okay for now. And the standard "check in if anything changes" was the final prognosis. I feel I can sleep easy and breath deeply and smile.
Posted by Cara at 8:19 PM

Cara: First, thank you for sharing this. I'm sorry that there's bleeding at all, but am relieved to hear it's not getting worse and that Dr. Y took the time to show, not just tell. I also see an optometrist annually, and just had an appointment with him on Friday - and got the news that my good old retinopathy is getting worse. Going in to see the ophthalmologist in a couple weeks, to double-check and see where things officially are. I'm dreading this, too, for all the reasons you've described - actually wrote on it myself today. Hoping for the best, and same your way. Again, thanks for sharing this, my friend.

Glad to hear the story has a happy -- or calming -- ending.

I recently found out that my primary care physician, whom I love, is a year younger than me. And for some reason, that totally freaked me out. I get the Dr. Y thing. :)