It's been proven over and over again, in study after study, that the poor are the most unhealthy people in our country, on average. Not because they are underfed. A look at the obesity rates of Americans will tell you we are all FAR from underfed. But from study after study, it has been shown that the worse your economic status, the less healthy you eat. Obesity runs higher in this group than those who are in a higher economic group.


I have lived my entire life in a very economically depressed area. And even though I never went without, we never had much to spare when I was growing up. When you live in an area that is very economically depressed, you don't see health food stores. People survive on white bread and processed foods. The dreaded High Fructose Corn Syrup... that's part of every day life.


As I've gotten older, I've begun to eat healthier. For one reason, I know that I am overweight. For another, I had high cholesterol. Also, I was introduced to foods that are healthy....and discovered I liked them.


But I still live in said economically depressed area. Which makes finding healthy food a difficulty. But, an hour and a half away, in Knoxville, I have discovered a health food store. I only get there about 3 times a year, but when I do, I always spend more money than I should.


The first time I entered Earth Fare, I was blown away. There was so much stuff that I'd never seen before. So many things that, even if I had seen them before, were so hard to find in my town that I never even bothered trying.


In fact, prior to my first trip to Earth Fare, I thought all mozzarella cheese looked like this: 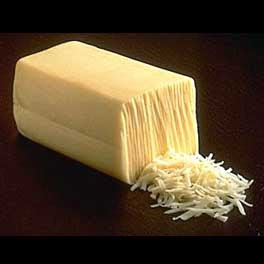 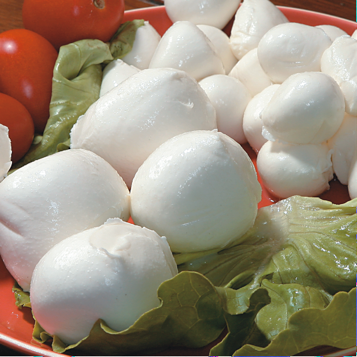 Believe me, finding real mozzarella cheese in my town: NOT GOING TO HAPPEN.
Also, mango. I'd had mango before. And mango flavored things. I love mango. But, once again, finding it in my town....yeah. Not happening. 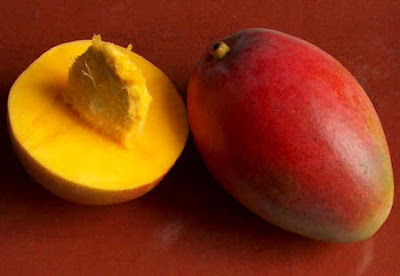 But, when I get the chance to go, I come back with such wonderful things. Food you can't find around here. This past weekend I came home with mango, spinach manicotti, real mozzarella, 2 kinds of cheddar cheese, some bread, and some other things that I can't remember right now.
So, for a day or two (or maybe a little longer) I get to eat the way I'd like to eat.
Oh, and Kelly, I found something in Earth Fare just for you... a kids coloring table with this sign on it: 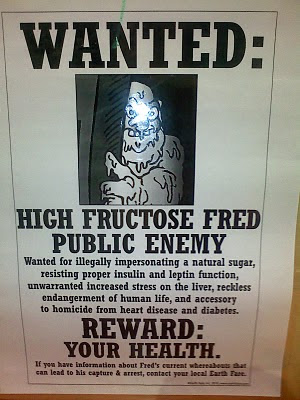 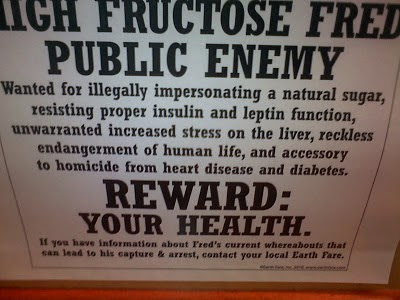 Thank you for that reminder that not everyone has the same choice to avoid unhealthy food, sometimes limited by geography and economics.

What a great post. I never realized how much I take it for granted that fresh healthy foods are readily available in my area. We have a farmer's market that runs weekly in my town. My regular grocery store has a good sized organic foods section. It's an easy trip to stores like Trader Joe's and Whole Foods. Thank you for reminding to be thankful for this.

And yes, fresh mozzarella is SO GOOD!!! I could eat a whole pound in one sitting - if I let myself!

i love this. I have to agree it's EXTREMELY hard to find healthy food in towns like ours. I have to go all the way to charleston wv, But I think Huntington will be opening a health food store soon. Lol with that whole Jamie Oliver thing that went on there.

Rachel- That poster was what made me think of this blog post! :)
Karen- I attempt to try all differnt kinds of food when I have the ability to do so because I feel like I've been so limited by living here. We have a farmer's market, of sorts, but it's all the "basics". Nothing exotic or different.
Jami-Yeah, we've talked about that before. It is so hard to live in a town where there are so few options. Our Food Lion even closed last month. So we have Wal-Mart & Save-a-Lot now. That's it.

Great post Cara! It is so true, eating healthy is much harder when you don't have any money.

And I had no idea that is what mozzarella looked like...

I've mentioned the issue of healthy foods before; it ALWAYS bears mentioning again (and again, and again, until something's done about it!).

I love the reasons whigh "High Fructose Fred" is wanted...

Thanks for sharing this. I have a greater appreciation for the access to foods that we have.

I'm so glad you were happy with what you found at Earth Fare! Those posters are actually a part of a larger program - to feed kids healthy meals for free. Every Thursday night from 4-8, any grown up who spends $5 on dinner at Earth Fare can feed up to six kids for free. Thanks for helping to spread the healthy food love! :)

Just a note to my readers: I was not paid by Earth Fare to write this and received nothing in return for posting this blog.