When you have diabetes, there are times that everything feels more complicated. It's something that I, myself, try to hide from most people. Those living with or caring for people with diabetes know better. They know the truth.

A trip out of town requires more packing.

A job requires more questions (do I get paid time off, or sick days? What's the insurance coverage like? How much does it cost?).

Grocery shopping requires more items (juice boxes when there are no kids in my house? Yup. That'd be me.).

What's for dinner? (That could require a quick change in menu, depending on current blood sugars.)

A budget requires more planning (I have a whole section dedicated to medications and doctor's co-pays).

Going back to school full time? Probably never going to happen, unless I marry someone with fantastic health insurance (any takers??).

Sickness comes knocking? There's more than just waiting for it to be over. There's ketones and doctors and dehydration and things that a "normal" person would never think about.

And though I've not gotten there yet, even having a child requires more planning than a "normal" person would have to deal with. 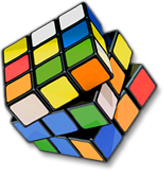 In a lot of ways I feel like diabetes made me grow up much faster than I might have if I'd never been diagnosed with diabetes. I've always been seen as fairly responsible and in control of things. At times even been considered the "good kid" in my group of friends or my family. In fact, when I ran into my former pre-school teacher a few years ago, she told me that shortly after I was diagnosed (while I was in her class), I was already telling her what I could and couldn't eat. She said I knew, even then, what to do.

There have been many times I've wondered what I would have been like if I'd never been diagnosed with diabetes. It's a foreign concept to me. Would I have been irresponsible? Would I be a totally different person than I am now? Would I have joined the military? Would I have gone back to school already? Would I have picked a profession based on what I liked, and not on it's ability to provide me a stable income and health insurance? Would I already have children?

There are so many unanswered questions. None of which I'll probably ever know the answer, because for whatever reason, I WAS diagnosed with diabetes 26 years ago and I haven't really known life without diabetes.

I can appreciate the things that diabetes has brought into my life. I've met some of my best friends because of diabetes. None of them I would have met if we didn't share a busted pancreas. I've taken trips that I never would have taken, if it weren't for diabetes. I am unsure I would have entered the world of blogging if it weren't for diabetes. And twitter...that's laughable. I'd probably be one of those anti-twitter people, instead of having TWO accounts.

So, diabetes has made my life more complicated. That's a fact. But it's also taught me a lot of lessons about health, life, and friendship, and blessed me in more ways than I can count. Complications (not the health kind!), I can handle. Diabetes, I can deal with.