Caroline's vlog that inspired me can be found HERE.

I feel guilty for not getting this post up sooner. I've been busy, crazy, stressed, and uninspired. However over due it is, here's my post about the decision I made regarding the Dexcom trial.
Over the week that I trialed Dex, I was fairly happy with the results. They were pretty much dead on with what was going on (including matching, almost always, my MiniMed CGMS). There were some areas that I felt that Dex did have some amazing things going for it.

First off, it catches a turn around in blood sugars more quickly than the MiniMed counterpart. Secondly, they are FDA approved for 7 days. Much more than the 3 days that the MiniMed is. Also, the Dex does not have to be taped down 10 thousand ways to keep it on (I use two pieces of medical tape and two IV-3000 tape pieces to hold down my MiniMed).

Another thing I loved about the Dexcom was that I could put the receiver on my night stand next to my head and it I ALWAYS heard it alarm (it vibrates before beeping, and let me tell you, on a wooden nightstand it will wake me up). As I've talked about previously, I don't always here my MiniMed alarms at night.

But, then there were the down sides to the Dexcom. I didn't like that you couldn't see past results on the graph. You can only see what your most recent result is; the rest is only a graph. On MiniMed, you can scroll back through the numbers. Even though graphs are incrediably visual and helpful, sometimes I like to see an actual number.

Then there was the fact that it was a separate device to lug around. I had such a horrible time remembering to bring it with me. And if you happen to get so far away that you're out of range, you've lost the numbers/readings from that time period. With MiniMed, the transmitter stores up to 30 minutes of results and feeds it to the pump once you are back in range. Often times at work I am up from my desk and walking around my office. Sometimes I get stuck somewhere else for a while (20 minutes or so at times) in another area helping a client. If my Dex receiver is laying on my desk, it's lost all of those readings. One morning I even left the receiver at home and had to come back to get it after I got to work. 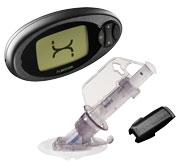 Honestly, separate device and all, if the readings were more accurate than MiniMed for me, I probably would have been more willing to switch to Dexcom, especially with the ability to hear the alarms at night. But, I decided to stick with MiniMed because there honestly wasn't a huge difference in readings for me (I've always had decent results with MiniMed) and I loathed having another device to lug around in addition to my meter, pump, phone, and mp3 player.

Here's my honest advice to anyone thinking about trying out either the MiniMed or the Dexcom: TRY THEM BOTH. And give them both a chance. If Dexcom already had their integration with the Animas pump, I might have actually made the switch. But for now, I like having only one device to deal with.

As with anything, Your Diabetes May Vary. I know a lot of people have horrible results with MiniMed's CGMS and do much, much better on Dexcom. I'm glad that you found one that works so well for you. But since they were both so similar in accuracy, it really came down to convenience for me. And MiniMed won out.

I would like to say that everyone I dealt with at Dexcom was amazing. From the first person I spoke with on the phone to the wonderful Dexcom rep that met me to get me started with the trial. These people truly seem to love their job and believe in their product. And I'd like to thank them for the opportunity to compare the two systems. It meant a lot to work that out for myself and see what was the best fit for me.
Posted by Cara at 10:14 PM 7 comments: 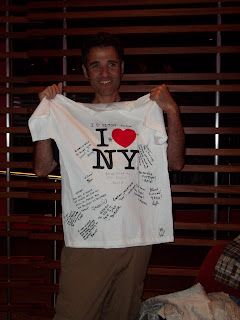 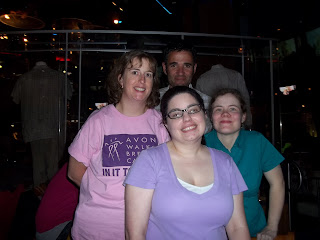 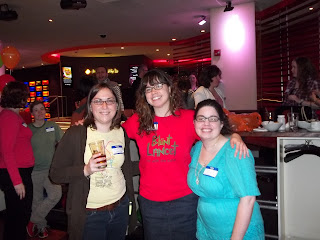 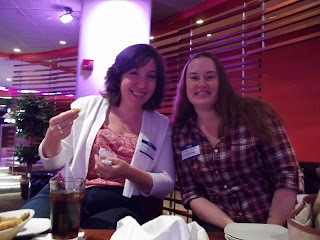 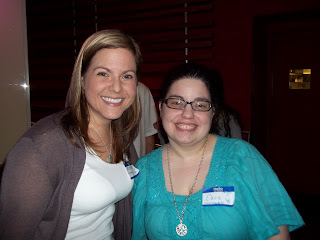 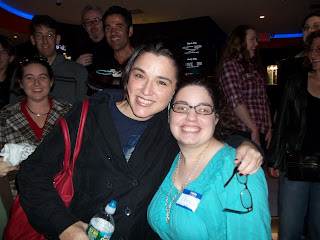 This was a hug and run, since Kelly didn't arrive until
right before I had to leave, but I FINALLY got to meet her!
Posted by Cara at 8:35 PM 11 comments:

It's that time again. Since I've been horribly behind in posting about the thing that we aren't supposed to post about today, I figured now was as good a time as any to get back to blogging. :)

I finally decided that cakes were going to be the way to go. Many of you know that I am a hobby cake decorator. It's something I find fun (most of the time), and it's about the only thing that I am talented at that deals with art. Want me to draw you a picture? Ha. But if you want me to put a picture on a cake... I can do that. :D

Here are some of my recent "adventures." I hope you enjoy! 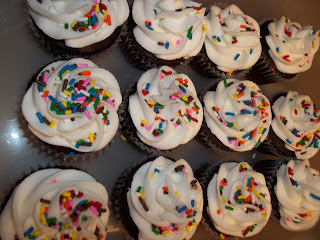 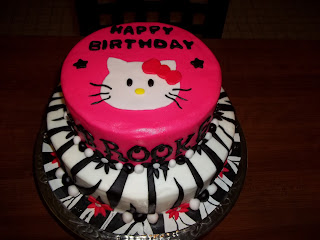 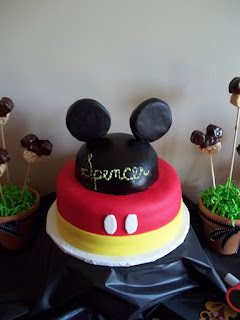 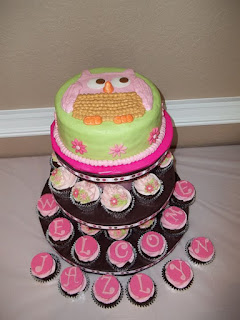