Technology is Scary: A Skeptic Changes Her Mind

I was diagnosed with diabetes in 1986, a few months before my fifth birthday. I have very, very few memories of my life before diabetes. It’s just always BEEN. Diabetes has been a part of me so much, that I’m not entirely sure who’d I’d be without it. I’m throwing a wild guess out there that I’d have more money, less stress and get more sleep, among other things. But, it’s nothing that I can’t deal with.

When I was first diagnosed with diabetes, I was on ONE injection per day of the (now) antiquated NPH insulin. My doctors thought that a 12.3 a1c was “in control” enough to take my tonsils out 8 months after I was diagnosed. Life was different. Diabetes care was different.

Sometime after that (I’m not sure on how long, and my mother is a little foggy on the details) I went to two injections per day of NPH and Regular insulin. I stayed on that regimen, along with a strict eating schedule and fights with my mother when I was (as kids often are) NOT hungry and didn’t want to eat what was on my plate.

When I was in high school was the first time that I really heard of an insulin pump. They were just really starting to get “popular.” I didn’t know much about them. Other than that I did NOT want a needle in me all the time (I’m not sure if that was the case at the time, or if that’s just what I thought because I was uninformed) and I didn’t like the ideas of being attached to something all the time.

For years I resisted an insulin pump. During those years I also dealt with losing insurance, getting it back, losing it again, and getting it back again, so my diabetes care was spotty and I didn’t see and endocrinologist regularly. But I did meet a lady that I went to college with who also had diabetes. We had many classes together because we had the same major and ended up graduating within a semester of each other. She was a “non-traditional” student, meaning that she was older, married, had kids and did not live anywhere near campus.

But despite those differences we became friends. I got along with her better than I did many of my peers because I was also working my way through school (though it was only me I had to worry about) and had a semi more grown up view of life than many of the people my age. I say semi because I was still very much a college student. LOL.

Over the past year or so, people have been talking about the bionic pancreas thing. I say “thing” because I don’t totally understand how it works, but I get the basics. When I first heard about it, I thought “That’s a cool idea, but I don’t trust it. I don’t want a machine making all my decisions for me.” But being a part of the Diabetes Online Community has put me in the position to know and to “know” people who are at the front lines of this new technology. There are people who are part of clinical trials. And what I’m hearing back makes me think, “I might actually like this.”

Of course, there are a ton of things that have to happen to make this machine something that I can get. And afford. More testing, more trials, more trials, more testing. And then the FDA. And we all know how long it can be for the FDA to get anything done. By the time they do, there may be some other top notch technology waiting in the wings. I don’t know.

But after reading more and more about people that I “know” and that I know, who have been a part of these trials, I have to thank them. Thanks for being that person that opens my mind to new technology. New technology that I’ll hopefully be able to get at some point. Technology that might have as big of an impact on my life as switching from multiple daily injections to an insulin pump.

Sometimes It's Who You Know

Every so often I go get fast food for breakfast. I know, I know. It’s not healthy. It’s not good for me. It’s not always good on my blood sugars. BUT, I do it. And I’m guessing that you probably do as well. I live in the same town I grew up in. I left for a while and ended up back here for a job and haven’t been able to escape since (those of you that know me, know what I mean by that!). 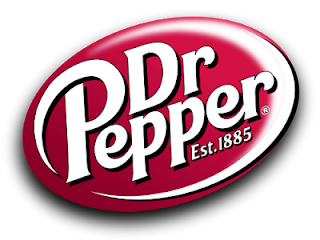 There are some good things to living in a small town. One of them is having everyone know you. This is also a bad thing at times. But the occasion that I’m writing about today is a GOOD thing. I was headed through drive-thru at a local restaurant. I happened to have worked at the summer after I graduated high school. Up until a few weeks ago, it was the only place in town that had Diet Dr. Pepper. I LOVE Diet Dr. Pepper. More imporatanly, I love anything diet on tap (?) that’s not Diet Coke. Please forgive me you Coke lovers. But I love finding Diet Dr. Pepper. I order, every time, very clearly “A medium Diet Dr. Pepper, please.”

On this particular morning, I pulled around to the drive thru window and I knew the lady who waited on me. She’s the manager of this particular restaurant. She’s also the person who hired me when I worked there. And most importantly, she used to baby-sit me when I was little. Not too long after I was diagnosed with diabetes. She was in high school, I was in very early elementary school and she lived right down the road from my house. She would take the bus home and then walk down the street to my house and watch me until my mom or dad got home. Or she would
come during the summer and stay with me when my parents both worked.

It wasn’t an all the time thing, but it was enough that I remember her very well from that time and I’ve always had a place in my heart for her, especially after she hired me when I was young and dumb. J The great thing about having her around that particular morning was that she started to hand me my drink out the window (she hadn’t taken my order) and before she even let go of it she said, “this is supposed to be diet, right?” “Yeah,” I said.

She looked over her shoulder and said to the other woman working, “This is supposed to be diet. Is it?” Of course, it wasn’t. And then the best thing ever happened. She said, “She’s got diabetes. This would mess her up for the rest of the day.” And then she got me a new, DIET drink.

Now the truth is, I would have checked the drink before I pulled away from the window. I would
have caught the mistake. But I didn’t HAVE to. She did it for me. And cared enough to make sure it was right. So even though I may complain about my small town sometimes (okay, a LOT of times), it isn’t all bad. There are times it comes in down right handy when people know everything about you.

Even though I’m sure she’ll never read this, I thought I’d share this totally wonderful experience with you. Because I hope that there’s someone out there looking out for you as well.
Posted by Cara at 8:40 PM 4 comments: