When I was first diagnosed with diabetes, I was 4 years old. I was old enough to understand what sugar was and at that time, PWD avoided all refined sugar. I knew to say "I can't eat that," when offered a cookie or punch or something like a cupcake or candy bar.

Soon those around me adapted and life moved on. On top of that, we advanced in the world of diabetes and we learned to carb count and bolus and I could have refined sugar. For 30 years my life has been about what I put in my mouth, what my blood sugar is, and how much insulin to take.

Even just having people over to play cards or monopoly involves food in the South. You have snacks out and drinks. It's part of being a good host or hostess. Basically, we gather, we eat.

Suddenly my life has become scary. Food is scary. Eating out with friends is scary. Having a party at work or friends over for game night just became scary. At first I thought to myself, "I will just have to eat at home more and make my own stuff." Not something I was thrilled about, but something that could be done, nonetheless.

But then, as a person who is proactive about their health does, I started reading on the internet and came across some sites that have me scared of my own home. My own kitchen. The place that I have always felt like I was good and decent and could bake up some love.

This site (to be honest, I got off the site after reading for a while and couldn't tell you what it was) recommended a complete ditching of basically everything in your kitchen. Including non-stick pots and pans and wooden utensils. It also recommended throwing out all condiments, deep cleaning your oven, and throwing all baking things (sugar, cornmeal, etc.) out as well and starting from scratch.
This terrifies me. Even my own kitchen isn't safe. 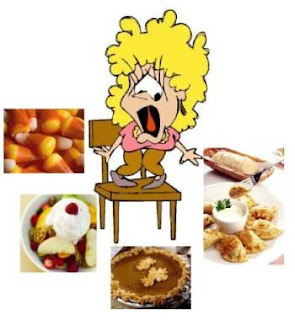 There is so much conflicting information out there on the internet. Some sites say to never eat at someone else's home. Some say to offer to help cook to be sure that food isn't cross contaminated. Some say, just talk with your host or hostess and explain. Which is true? Which is right?

There are the sites that say you should explain to your server when you eat out, IF you eat out. Some say you should insist on speaking with a manager or the chef directly. Some say to avoid eating out if at all possible. Then there's the fear of cross contamination of something as simple as a salad!! How?? Apparently if they mix a salad in the same bowl as a salad that had another dressing or croutons, there could be a chance for cross contamination.

Again, when do I stop being afraid of food? Currently, I'm still consuming gluten as I wait for my first appointment with the GI doctor, but I'm already slightly terrified of food. Is this what it's like to be diagnosed with diabetes as an adult?? For those of you who have been diagnosed with celiac, are you afraid of food? Are you afraid to eat food at other peoples' homes? Or out at a restaurant with friends? Does this fear go away?

Today is a scary and uncertain day. Tomorrow will be better. I hope. For now, I'm going to do my best to be brave in the face of this scary moment and scary life change and hope that things get easier as they go along.

The World Turned Upside Down 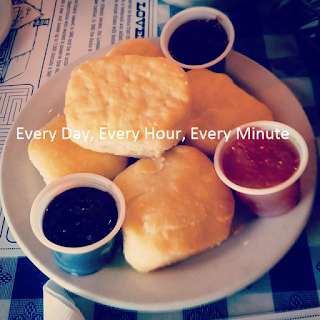 I’ve heard people talk about the shock of having been diagnosed with (or having a child diagnosed with) Type 1 diabetes. The anger, fear, insecurity, and uncertainty of being diagnosed with a lifelong illness can be a lot to deal with. Or so I’ve heard. I was diagnosed with Type 1 when I was 4 years old. I have some memories of my diagnosis, but overall, I remember very little about life before diabetes entered it.


Over the past 30 or so years, I’ve learned to live with diabetes. I know nothing else. I test, bolus, and count carbs like a champ (most of the time). Sure, there are up days and down days, but it’s my life. And it’s all I know. Anything different would be strange to me.


Back in the spring, I noticed I was getting unusually tired. The kind of tired that is abnormal, even for me (a girl who LOVES her sleep). When I went in for a regular check up with my PCP, I mentioned this and she tested me for anemia. I was pretty severely anemic. She prescribed three months of iron pills and vitamin C (it helps with iron absorption) and set up a follow up appointment for September.


I began to feel much better. Less tired for sure. I was convinced my iron levels had returned to normal, so when I went for my follow up appointment, my PCP shocked me when she suggested, strongly, that I be tested for celiac. Turns out that my iron was STILL low (though not as low as it was in the late spring). And my blood test came back positive for celiac.


And that’s when MY world turned upside down (I couldn't resist the Hamilton reference in the title). I always knew it was a possibility. After all, one auto-immune disease leads to another, right? I mean, we hope not, but the fact remains if you have one, the chance of another grow. I have fellow T1 friends with celiac. Friends who are D parents who have kids with celiac, and a friend from my childhood whose youngest son has celiac. It wasn’t a foreign term to me. But it was enough to know my world was not going to be the same. Ever.


According to all the official websites, celiac can’t be completely confirmed without a biopsy of the small intestine. I assume we’ll discuss that at my first gastroenterology appointment.  Also, I assume I’ll eventually be able to spell gastroenterology without spell-check, like I can spell endocrinologist.


For now, gluten is still in my diet. I’m awaiting instructions at my first gastroenterology appointment. I’m also trying to eat all the glutenous (is that a word?) things I can before they disappear from my diet forever.


When I found out about this a week ago today, I had a rough few days. But I am blessed with wonderful friends and family who are both giving me support, and encouraging me. My frame of mind is much better now, and the more research I do on celiac, the more things in my life (and health) I think could be attributed to celiac symptoms, that on their own meant nothing.


This is going to be a big learning curve. This is not going to be easy. My world is never going to be the same. But the thought of being healthy and happy and having energy give me so many things to look forward to.


I know someday I’m going to look back and say, “Life before celiac was normal? No, my life is normal now.” Just like life with Type 1 is my normal, sometime life with celiac will also be my normal. I’m scared. I’m hopeful. And I’m certainly going to be one that is going to need a ton of support. But if I know the D-OC, I know I’ll get the support I need and then some.


And this blog just suddenly became a diabetes AND celiac blog…..
Posted by Cara at 9:27 PM 5 comments: