Well, I called the Vanderbilt Diabetes Center. It's probably the best hospital in the state. And I've heard good things about the center from several different people. On Friday, I decided I'd try there first in my search for a new endo.

I've not had a million endos in my life. There were quite a few years where I didn't go to a doctor at all. But, I do remember that it usually takes weeks to get an initial appointment with a specialist of any kind unless it's an "emergency". But the people I spoke with on the phone were polite, professional, and in the matter of 10 minutes I had an appointment for Monday, August 17th, and a reminder to bring in my current medical records.
Wow.
That was quick.
So, I made a call to my current doctor and requested that the get my records ready for me. And in a little over a week, I'll have an appointment with a new doctor. And hopefully one that will listen to me and will answer my questions.
The bad part....the drive. I'll have over a two hour drive and I'll be fighting commuter traffic in Nashville on a Monday morning. Sigh. I've done it before. But it's not my favorite thing to do. I get stressed out. But, my health is more important. So I will go.
I have the D-OC to thank for this change. I don't know that I would be so interested in keeping my doctors appointments and keeping my health under control in such a manner if it weren't for you guys. Thanks for all you do! :) 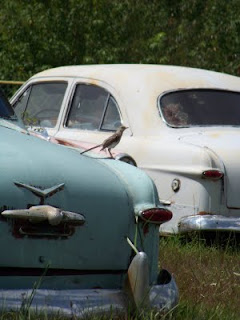 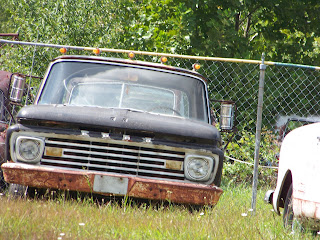 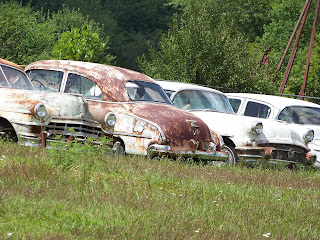 Here are some pictures I took last weekend. There is this old field that is full of classic cars. None of them work. But the person who owns them refuses to sell them. They've been there my entire life (and probably about longer). But, I have a love of classic cars and thought these would be some cool pictures. Enjoy. :)

Cara, I am so happy for you that you are taking this step. I think you will love Vandy. We have an appointment this Monday (10th). I know you will be in the adult clinic but we have dealt with many different clinics at Vandy and have always had excellent care and polite treatment. Good luck.
Viv

Good move! We are big believers in the docs @ Vanderbilt. Do you need company, or a driver? I have become pretty fabulous at navigating Nashville traffic. Just let me know. : ) Chrissi

Very very cool! It's always a good idea to get in with newer 'Progressive' docs and as Vanderbilt has a great rep, Happy dance for you :-)

Cara...hoping it all works out and is worth the drive. Sounds like a lot of great recommendations. Keep us updated!

Good luck with the new endo! And I too am impressed that they were able to get you in so quick. It's a good sign!

I'm with Scott. They must be really organized to get you in so quick. I do hope this move is a great one for you, having a good endo makes such a difference.

Cara, good luck with the new endo! I think their ability to get you an appointment so quickly bodes well.. very impressive :)

Glad you are making progress! I have type 2 diabetes and went from daily medication to keeping it under control thru diet and exercise! Lost 30 lbs. eating mostly raw food and exercising daily.