Driving Without a Map 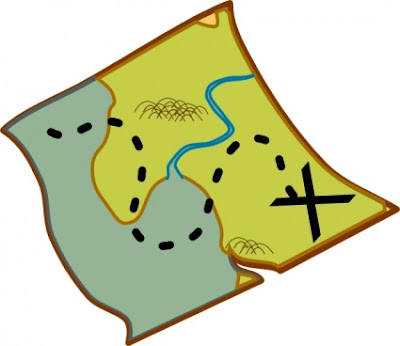 When I first became interested in CGMS, my doctor at the time explained it to me in interesting terms. He said that testing your blood sugar gives you a picture of that exact moment in time. The down side is that you are unsure if your blood sugar is rising or falling. He said, "You wouldn't drive a car if you only saw pictures of the road, right?"
CGMS has been very good for me and my diabetes care. So much so that I fought insurance for it, I've dealt with the "negatives" of CGMS (i.e. long needles, some inaccuracy, extra expense), and in doing those things, I fully believe I have much better control over my diabetes.
Since starting CGMS, I've not gone more than a day or two without CGMS. I don't like to be without it. In a sense, I've become dependant on the knowledge it provides me. I've gotten used to listening for "high" and "low" alarms.
In the past couple of weeks I notice something... I screwed up and forgot to reorder sensors. I notice when I pulled my next to last one out of the box. Of course, I immediately called to reorder, but once again insurance had to give an approval. I thought it had been taken care of last go around, but apparently the approval that the insurance gave last time was for a one time order. So, approval had to be sought again.
Since I get about a week out of a sensor, I wasn't too worried about it, but I ended up not hearing anything about my approval from MiniMed or the insurance. My second to last sensor was due to come out last weekend. The timing was really kind of perfect. I was sick. And while that would seem like a bad time to be without a sensor, it really isn't. I find that the medicine usually makes the accuracy even worse than normal. And when I'm sick my blood sugar runs a little high anyway, so I don't have to worry about those pesky lows.
Luckily, as I'm getting better, I contacted MiniMed and found out that they shipped my order of sensors on Friday and they should be arriving today. I'll be putting my last sensor in this morning and I'll be feeling much better knowing that I have more than random snapshots of my blood sugar levels. I'll have a map to help me out.
Posted by Cara at 7:00 AM

It's a totally different view and thus different form of management and so to go without it is in some ways like starting over. We've gone through periods without it and at first, I feel like that map is missing. Then we adjust and then I really want that map back! :)

Hope you keep your steady trail of direction going!

I hope you feel better soon!

Just rec'd word an hour or so ago that my daughter's Dexcom will arrive in 2 days.

Happy to know that CGM is an option, but admit to being a little nervous about what happens next!

I'm glad you are feeling better and your new sensors are coming. Like you, I wear mine almost all the time. Don't you wonder how we went all those years without the CGM??

So like, your telling me that it's a map that even the most geographically challenged PWD could read?
COOL~