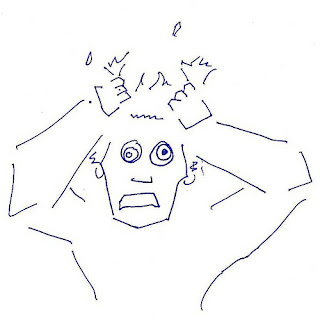 Most of you know I live in a really small town. The closest endo to me is almost an hour away. I travel over 2 hours to get to my current endo. In my town there are basically no specialists; only general practitioners.
Being in a small town can had it's advantages. But when it comes to having diabetes, it can be a huge disadvantage. I have heard from people in my town more times than I'd care to admit, being diagnosed with diabetes and being offered no follow up support at all. Mostly the "change your diet/take this pill/test once a day" stuff. That in and of itself is very frustrating for me. These people have no diabetes education whatsoever and are left with no answers and no questions to ask (because they don't even know WHAT to ask).
Several days ago I ran into a girl that I used to know when I was in school. She was diagnosed by a local doctor about 5 years ago as a diabetic. When I asked her what type she said that they told her she was type 1. And that they had first put her on Novolog 70/30. When she complained to her general practitioner that her blood sugars were all out of whack, instead of changing her medicine, he simply upped her dosage of 70/30.
Due to health reasons (among other things), she lost her job and hasn't been able to work because of wildly swinging blood sugars. She's frustrated and at the end of her rope. She finally went to a different doctor in a different town and that doctor was smart enough to get her on Lantus and Novolog and refer her to an endo. She's still waiting on her appointment now.
When I say that she was given no diabetes education, I mean NONE. She's on a sliding scale and has no idea how to count carbs. She's basically on an exchange system.
I tried to refer her to the D-OC, but she doesn't have internet and has very limited resources. I did suggest that she go to the public library and do some of her own research though.
This incompetance of medical professionals frustrates me to no end. I don't understand how or WHY a general practitioner wouldn't know that 70/30 insulin is not appropriate for a type 1 diabetic or refer them to some basic diabetes education classes.
How do we fix this problem? How do we get help to people in rural areas? I could teach her things like carb counting and insulin to carb ratios, but I'm not a medical professional. She needs more help than I could even begin to give her. I know there is a lack of diabetes education classes in my town. I know there's a lack of general knowledge by medical professionals in my town. But how do I fix it??
Posted by Cara at 7:30 AM

Most important...
because they don't even know WHAT to ask
I see that a lot here in our small town. This week I talked with a wife of a recently diagnosed T2. She's frustrated, he came home with pamphlets and that's it. No classes, no idea.
You want to help but like you said, we're not medical professionals and so, we hesitate, unless... asked...

Wow, that really boggles my mind. And it makes me unbelievably sad. There has to be something we can do - there just has to. My first thought was starting a support group - but I realize aside from the time demands, it may be a problem to find a place to meet in a small town. I'm guessing you don't have a bunch of Starbucks to meet at.

I'm going to keep mulling this over and see if I can come up with anything that might be worth trying . . .

I would suggest meeting with this gal again and instead of telling her what to do, which you probably shouldn't do, not being a medical pro and all, is just describe what you do to care for your diabetes. This poor lady obviously has no idea the level of care she should be recieving, so just try and let her know what "the right care" looks like. Hopefully then she will be able to seek out a CDE and Endo herself.

I'm with meanderings, knowing WHAT to ask is the first big hurdle. The DOC has been a huge help to me since my diagnosis, I don't know what I would have done without my internet connection those first few months. But, a buddy program or even a phone hotline would be good for those who aren't internet inclined. I wonder if the pharma companies have one? I've never looked