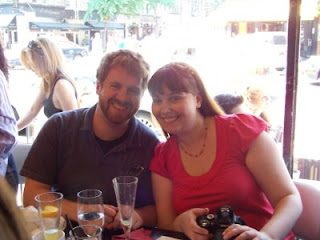 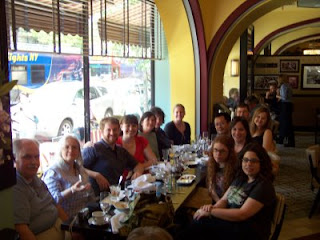 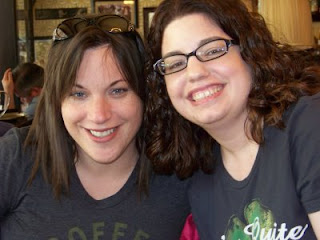 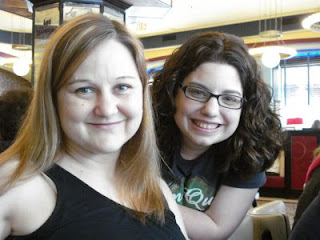 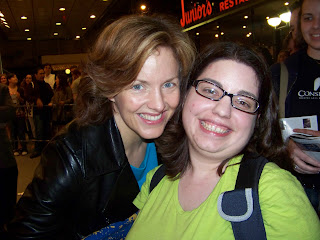 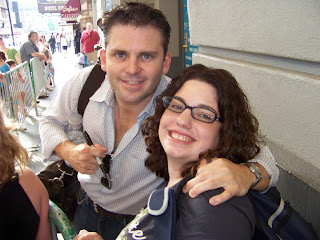 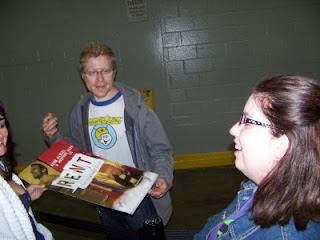 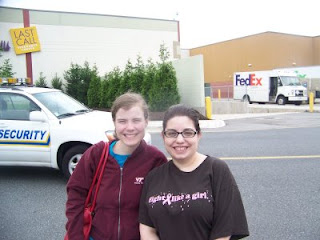 So, now, I am going to close out this post with a promise to get back on track with my blogging. I am going to set myself a goal of posting once a week for at least a month. Those of you who follow me on facebook or twitter....remind me! :)
Posted by Cara at 6:59 AM

I've said it already, but it was super awesome to meet you! The pictures put a big grin on my face thinking about what a great time that was :)

And I am so intrigued with Next to Normal! I haven't been to the theater in NY since I was in my early 20's or possibly even my teens. It's definitely been a long time either way. I'll have to put Next to Normal on my list of things to see, and hopefully someday I'll be able to catch it.

PS Your Godson is adorable!!

I highly recommend N2N, Lee Ann. Even the music pulls so many emotions from me that I finish listening to a song and am almost tired from it. But in a totally good way, of course.
I can't imagine living that close to NY and not going occasionally to see a show! :)
And thanks for the compliment on my godson. We think he's pretty darn cute too! :)

Sounds like it has been a WONDERFUL time for you - and how cool to meet so many friends from blogging! I love meetups.

Whew, what a whirl-wind!! I'm tired just thinking about it. I'm so sorry I couldn't make it to NYC. :( But next time you are there, for sure!

Sounds like it was AWESOME! I'm sorry I missed you this time, but I know we'll connect eventually. :)