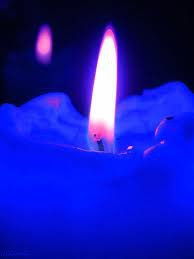 Sometimes with no explanation at all.

Yesterday, the world lost another child to diabetes. This one didn't leave this world because her parents withheld insulin, or because she didn't properly take care of herself. Eilish left this world, and her loving family, at 13 years old because of "dead-in-bed" syndrome. It's when you do everything right, and it just isn't enough. She went to bed happy and healthy. And didn't wake up in the morning.
This one hits closer to home than any other diabetes related death that I've ever dealt with. Not because I knew Eilish, or her family. But because this wasn't a case of neglect or a mistake. This was a case of total chance. The worst case scenario of a high or low that can't be explained.

For Eilish, and the mother, father, and sister she has left behind, I send my prayers and thoughts. For everyone else I say hug your family and friends. Tell them you love them. Live life to the fullest. Take chances. Play safe. And remember that life isn't when it starts or ends....it's what you do in the middle that makes all the difference.
Posted by Cara at 5:03 PM

What a wonderful post and so well said! Thank you!

I love you sis. This was wonderful. Thank you for writing it and sharing your thoughts.

Damn it, you made me cry! Thank you for posting on this. I was unaware. xoxoxo---hugs to you--I live alone and despite never having a low that struck me so hard I had to call the medics or couldn't control it, I always wonder when the gig is up. Sad, sad, sad.

It's the fear we all live with but hate to put into words. Thank you for doing that for us.

Beautiful. Thank you for writing this.

This one does hit hard, and everytime I stop drenching myself in distracting work deadlines, I find my eyes tearing up as I read more and feel and worry more. But somehow, just knowing that I'm not alone and feeling this way, makes it somehow "better." Your post is beautifully written, though it's unfortunate it had to be written in the first place. Thanks, Cara.

Thank you, this was lovely Cara.

What an amazing post. And it reminds me that now is the perfect time to tell you how much I cherish our friendship. Thank you for being such a wonderful friend to me!

My favorite is "Just because we act brave, doesn't mean we're never scared."

That was beautiful and so very true.

(I missed this post yesterday and my post today is almost in the same format. We reflect in the same way. Birds of a feather I guess!)

I agree, this one is much more difficult than others I've heard of. The innocence of it makes it all the more painful.

my biggest fear for my husband and son...

Cara -
Not only is this a beautiful post - it's one of the best you've ever written!
Thank you so much for writing it!!
kelly k

I have been thinking about them a ton too. We all live with that pit in our stomach everyday of what if. I have leaned on Mel in the CWD chat at the midnight hour. I am sending all my love their way thanks for the post.

This post is a beautiful tribute. Incredibly heartbreaking for those of us on this side of Glory.

You expressed this beautifully, Cara. I haven't posted on this yet because I have no idea how to put what I'm feeling into words. Thanks for helping.

such a beautiful post and every word so true. Ty for writing this c.

Beautifully written, and very affecting. This is so artfully done.

This post says so many things I wish people knew about diabetes, and my life with it.

Just because we put on a strong face, doesn't mean we are never weak and afraid.