When I was diagnosed with diabetes, I was only 4 years old. At that time, the doctors told my mother and father how lucky we were. How home blood sugar testing was a possibility, when only a few years earlier, it was an impossibility. How needles were smaller and less painful than only years earlier, when syringes were made of glass and needles needed to be sharpened. And how only a few decades earlier, diabetes would have been a death sentence because insulin hadn’t been discovered yet.

In reality, I know how true that was. Even in it’s antiquity, our meters were what we had. Out lancet devices, while barbaric in size and mode, were better than sticking yourself by hand. And I could live a semi-normal life because of insulin and “modern” technology.

Fast forward to 2010. We have insulin pumps, constant glucose monitoring, meters that read in 5 seconds (instead of 2 minutes and several steps). We have better insulin, we know about counting carbohydrates, and insulin to carb ratios. We have social networking. I think about how blessed we are. I think about the children (and adults) that are diagnosed with diabetes now, and how much easier they will be able to care for themselves, physically and mentally.
But, the truth remains. Diabetes is with us all the time. Years upon years of stress on our bodies, do wear us down. While we may be healthy (minus the diabetes), we still are considered “disabled” and “chronically ill.”

For the first 20 years of living with diabetes, I was on multiple daily injections. If you looked at me, you couldn’t tell I was a diabetic. Until I whipped out my meter or my syringe, you had no idea that I had a chronic illness. Then, in 2006, I began pumping. I’ve said many times that I wish I’d entered the world of pumping many years before I did. I think it would have made my life and my control much better through college.

My control, and my desire to care for my diabetes were made front and center by pumping, and a year later, by CGMS. It led me to the online community, which has helped me mentally in so many ways, and quite probably kept me out of therapy. I’m so blessed and so thankful to have the technology that I have. 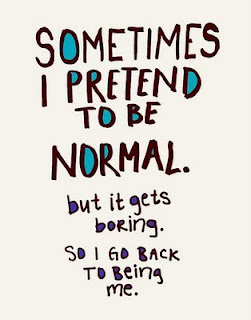 However, there are days that I almost wish that I wasn’t attached to two pieces of medical equipment 24 hours a day. I’m cringing as I type this, knowing that I’d hate it even worse if I didn’t have my pump or CGMS. And knowing that there are people who want the technology, but can’t get it for whatever reason. I feel guilty for typing that. But I can’t deny that it’s true.

Before pumping, my diabetes was with me 24/7, but it wasn’t attached to me all the time. Sometimes, having a pump, and sensor attached to me, it just a blindingly obvious reminder that I have diabetes. As if I could ever forget.

Tomorrow is one of my rare, elusive “free shower” days. I’ll be changing both my infusion site and my sensor on the same day. This happens maybe once a week…if I’m lucky. And for that 20 or so minutes while I’m showering, I’ll go back to looking like I don’t have diabetes. Even though I’m the only person who will see me like that, it will be nice for just a few minutes. And if I ignore the red spots from former sensor sites, and the band-aid “dots” from old infusion sites, I’ll look almost normal.
Posted by Cara at 7:00 AM

Oh yeah... I miss the freedom too. I've been debating injections for a while. Endo wants to smooth things out and then it might be an option. I hate being "connected".

Katie- I love my pump...I just sometimes wish that it wasn't so obvious. :/

Man, I love my pump, too, but I think about my MDI days with the same mix of nostalgia and regret.

It's too bad it's not easier to switch up the pump/MDI routine, just so we could have a real break for, like, a day or two.

Each time I read about diabetes treatment before pumps, I flash back to the scene in Star Trek IV when a patient in a 20th century hospital tells Dr. McCoy she's undergoing dialysis and he exclaims "That's BARBARIC!" I wonder if, in 10 years,we'll find the insulin pump barbaric. I sure hope so. I adore my pump, it's made things easier in a lot of ways but when I roll over on it in my sleep or try to wear a dress, I have pangs of longing for MDI, which I was on my first 11 months. I can't do the pump in the bra thing, it makes me look *ahem* square. :)

I did shots for a few days just 'cause I needed a break from my meter. My levels weren't as good though and so it's plugged back in now. The CGM I only wear some...it really bothers me. :(

Yes technology today is amazing. Having a child dx'd only a few years ago I am grateful he has had the benefit of it from the start.

But indeed there is a perpetuity to it. More than that there are imperfections and the more devices you use, it seems the more that can go awry and require our attention, just compounding the intensity of it all.

Shots were much simpler in a way, but I'm happy, like yiu, to do what it takes for Caleb to use these things. And I'm thankful that he bears them without complaint. He actually never has a free shower since he's on the Pod and I've never thought about timing it with a Pod change. This makes me wonder if it's something he would want. I'll have to ask. Thanks for giving me that perspective.

Thanks for the honesty. It's strange I've never had a problem with my pump, it feels less obvious to me. I don't have to pull needles out in restaurants/school/wherever, just a simple little device that looks like an extra ipod. To me being connected is no big deal. I never even take "free showers" because I find that leaving in the old set helps keep my numbers more regular when I go to the new one. I do however know that I am looking soooooo forward to taking my CGMS free shower tomorrow. The bulk of that site just makes me so uncomfortable. But like you said we are so lucky to be privileged enough to have these wonderful tools. So we cope, appreciate the "freedom" them give us, and enjoy the showers we get to take with out them :)

I loved this post. I was lucky enough to start on the pump just six months after diagnosis. I still use the same meter and I even have a CGM. Even though the CGM drives me nuts, I'm still grateful to have all of this technology and that I was diagnosed when it was available to us. Even though I get frustrated with being connected ALL THE TIME, I still love the pump too.

I think it's just fine to wish you weren't attached to all your equipment - I know I do, and I thank my lucky stars I have them every day.

I was at a panel discussion held by the Stem Cell Foundation not so long ago, and the moderator, T1 Kurt Andersen, said to the members of the panel - JDRF folks, scientists, etc. - something like "I've been diabetic for more than 20 years, and in all that time the treatment's never changed. What are you doing to change the treatment?" And it was funny to watch them stutter and try to say it HAS changed, while Kurt stuck to his guns: "No, the METHOD has changed. Not the treatment. I'm still dosing with insulin that's not my own and trying to manage my blood sugars."

I think about that often when I'm struck by how far D equipment has come in the 16 years I've been dealing with it - we've come SO far in some ways, and in others we're just barely moved.

Karen- That's it. The methods have changed. Equipment has become better. More efficient and less painful. But it's still the same thing. Balancing insulin (through infusion of some sort) and food.

Oh free days. I never quite enjoy them as much as I should. Because I know what comes after that Free Shower. The Double-Needle-Stick. :(

This is a great post. We have all this stuff in our face all the time, and there's no doubt that it affects our quality of life.

It is a weird thing though, because there is that guilt of feeling the way we do - knowing there are many who want the tools and don't have access to them. There's no win to that scenario, I'm afraid.