On Saturday I decided to make some serious changes to my basal rates. I did it because I feel like I am still fighting highs all the time. I spike after breakfast and around 4 in the afternoon. I feel like I'm chasing highs on a regular basis and I haven't been having lows very often. Not that no lows is a bad thing....it's just that I think I'd be having more if my blood sugars were more stabilized around the levels that I want them to be.

I was hesitant to make changes at first, but I downloaded all of my pump data into Carelink and that was what prompted me to make some changes. Basically, for a while, I am going to be playing trial and error. If I can't get something figured out in the next couple of weeks, I am going to be contacting my doctor to see what changes she would suggest. I have an appointment with my nurse practitioner and my nutritionist in late August, but I don't really want to wait until then to get things back where I think they should be. 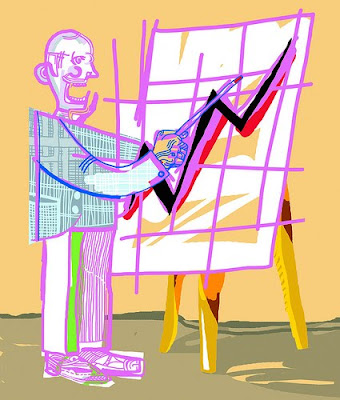 This just goes to show you what an individual disease diabetes is. With most illnesses, doctors make all the calls. What medicine to give, and when. How to change dosages and times. But with those of us who live with diabetes everyday, sometimes a call to our doctor isn't something that can be done for a change. Sometimes it a decision that we make based on the data that we have. And it's good data. It's all the same data that a doctor would have. And since we are living it every day, we can sometimes catch things that a doctor or CDE might not catch. Like that high might be because we ate something we didn't give the proper insulin for. Or that low that came because we were outside in the heat for an extended period of time. Or that spike that we see happening all the time because we deal with it everyday.

I'm not a scientist, or a doctor. I'm not even that great at math. But using the data I have, I turn into a doctor and a statistician. I evaluate, and observe, and gather more data. And then I make decisions. Maybe they'll be the right ones. Maybe not. But just like anything else, we have to tweak those numbers to get the end result that we want.

So, starting today, we'll see what happens. I'll be packing around extra juice boxes, just in case. And I might even be glad to see a low (as long as it's not a bad one, of course).
Posted by Cara at 7:30 AM

I'm going through something similar right now. I want to change so many things on my bolus & basal rates after seeing what my trends are with my CGM. But I don't want to make too many changes and end up way low or something. This disease is very personal, and a lot of time I feel like my endo is just there to do my A1c. Good luck in your tweaking journey as I'm beginning mine! =)

You go girl. I am a strong believer (and my endo agrees) that no one knows our bodies better than us. He gives me the "freedom" to make changes as I please - as I see patterns. My only advice is be patient... don't make changes too often; and don't make more than 1 adjustment at a time - otherwise you will never know what worked and what didn't. Keep us posted. I hope it all works out for you. xoxoxo

Good for you!!! I hope these new basals help and that those annoying spikes go away. I'm just getting to the point where I'm starting to tweek my own basals - I still get kind of scared that my endo will "yell" at me. Which he never does, and he was glad I was confident enough to make some changes myself!!

Speaking of making changes, do I spy a new profile picture??? Love it - it's such a cute shot!

Good luck with the changes! I hope they help you avoid the highs. Diabetes really is a constant science experiment, huh?!

I never call my endo unless I absolutely can't figure something out on my own. He's smart but he doesn't live with D and he doesn't live in this body.Wishing you lots of lows in the 70's range.