Diabetes Can Take A Hike

For the past month my diabetes control has been crazy. I knew when I was on vacation that I would have some trouble, but usually within a couple of day after returning home, I'm right back to where I was before.

Not this time. My blood sugars have been uncontrollable at times. Running so high that I ran on 120% basal for almost a week and was still rage bolusing. Any lows I had (and they have been very few) were a result of a lovely rage bolus.

Every night my blood sugar has been spiking from between 2:30 to 4:30 am. Spiking up to the high 200s and even 300s. I've gotten so used to hearing my CGMS alarm go off at night that I have started completely ignoring it. 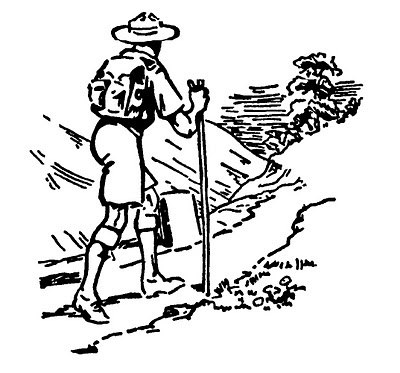 I can't remember the last time I slept all night without an alarm.

And basically, it's starting to wear me out. Physically, yes. But mostly emotionally. I am so sick of having to deal with diabetes right now. I've not been this frustrated in a while. At least not this frustrated for this long.

I'm sick of counting carbs and hearing alarms and not knowing what I'm doing wrong. I'm sick of worrying about my A1c and what the highs are doing to my body. I'm tired of feeling like I have no control over anything. I'm sick of having to remember to refill prescriptions and having to deal with insurance companies who want an "authorization" for my sensors even though I'm down to 2 and don't have time to wait on them.

This is one of those times when I wish I could have a vacation. Tina over at ACT 1 Diabetes wrote a blog post that says everything I am feeling. She's got it.

So basically, today I just want to say that Diabetes, you can take a hike.
Posted by Cara at 9:00 AM

You know what I did last week? I went 5 whole days without my CGM, and it was wonderful. Maybe not the most responsible thing in the world, but it was a break that I needed from the incessant information feed. I figured I'd gone 18 years without one, so one week wouldn't hurt me too much. Knock on desk.

We all deserve breaks, small and larger ones. Take it as you need to, in order to keep the sanity. Good luck!

This made me imagine dressing up in Kung-fu gear to kick some diabetes @ss! Sorry to hear things have been so frustrating. Hopefully the issues will disappear as quickly as they appeared.

It's tough, but you can do it. Called your CDE or endo yet? We all go through those days/weeks/months. I totally feel you. *hugs*

Oh honey, you know I'm right there with you. I even clocked a 446 last Wednesday - not sure I ever remember a number that high on my meter. I don't know what has Diabetes so ticked off, but it had better stop taking its bad mood out on my friends!!!! {{{hugs}}}